Calling themselves world builders instead of property developers, CSC Land Group has racked up over 200 project developments over the course of its run, with nearly 30,000 residential units and more than 40,000 commercial units to their name. The developer believes that their projects have the potential to transcend plain brick and concrete to play contributing roles in your aspirations and adventures.

CSC Land Group is centred around three principal values: care, quality and commitment. Rather than just take up space in the already overcrowded urban jungle that is Singapore, their projects are sustainably developed with environment and community at the forefront of each project. Committed to their goals and stakeholders, CSC Land Group relies on team work, high performance and a healthy work environment in order to create the culture and quality that they have consistently been able to do.

Proving that they bite just as much (if not more) than they bark, the developer has collected over 200 awards in their lifetime, with 32 of them being Green Mark Awards for their sustainable development practices. They have also been the recipient of the BCA Quality Excellence Award for seven years in a row as well as 51 BCA Construction Excellence Awards.

Besides Verdale, the developer currently also has Twin VEW in their pipeline. The Jurong Lake development is a stunning architectural gem inspired by nature’s creations that provides an escaoe for its residents to indulge in the quiet serenity of the estate. 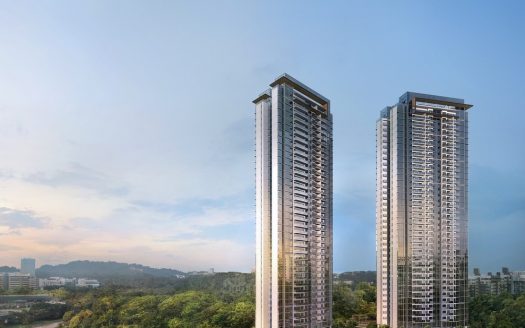